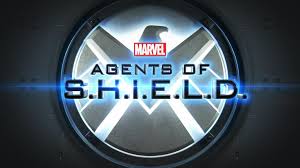 Between the finale of the first season of the show, and the tie-ins with Captain America: The Winter Soldier, SHIELD starts off season two in bad shape.  The agency was once a major government power, and now is a handful of agents on the run.  SHIELD was revealed to be infiltrated by Hydra, scientists so evil that even the Nazis thought they were pretty bad.  To the general public, the distinction between Hydra thugs and loyal SHIELD agents is pretty much non-existent.

So, our heroes are on the run, operating underground.  Before, SHIELD was an agency with some covert aspects. Now they are hiding from the government, law enforcement, the public, and one man in particular.  Glenn Talbot has been promoted to Brigadier General since the end of last season.  In the comics, Talbot obsessively hunted the Hulk for years.  Now, that mania seems to be focused on SHIELD.  This is not going to do anything to make Coulson and company’s job easier.

The season opener showed the first live action adaptation of a classic Marvel villain, the Absorbing Man.  In the comics, “Crusher” Creel can turn into whatever he touches.  He seems to do something similar on the show, making him a very powerful foe for a group of non-powered agents.  From the images shown at the end of the episode, he will be a recurring foe.

The opening gave a nod to a different part of the Marvel cinematic universe.  In the late 1940′s, we see several supporting characters from Captain America: The First Avenger.  In addition to a few of the Howling Commandos, they also showed us Agent Carter, who has already been approved for a new, spinoff tv show.  I’m very excited about that, and it was nice seeing her and the others.

The team of agents have more to worry about than supervillians and obsessive Generals.  The finale was tough on them.  One’s being held prisoner, one’s not recovering well from injuries, and another is… well, you’ll have to see the episode.  I was surprised.

The opening scene in the modern era shows the agents, with a few added allies, in action against yet another corrupt SHIELD agent.  The action was nice, and it was set in Alexandria, VA, where I presently live, so that was amusing.  Coulson, the director of the very reduced SHIELD, has a lot stacked up against him, and he sees that things are worse than he thought.  Other personal favorites include Ming Na Wen as the bad ass Agent May, who is back and deadly as ever; and Patton Oswalt, playing various agents named Koenig.  There’s a mystery about whatever his past is: clones? LMDs? Siblings?  We’ll find out eventually, I suspect.  And, of course, Clark Gregg is great as Coulson.

Last season, J. August Richards did a great job as Deathlok.  SHIELD is a fraction of its former self, Deathlok is one of the few supers that would work with them, and… nothing.  He’s not there, not mentioned, nothing at all.  I’m hoping that gap gets addressed soon.

That’s about my only complaint for the season opener.  I’m still enjoying it, and looking forward to seeing where they go next.