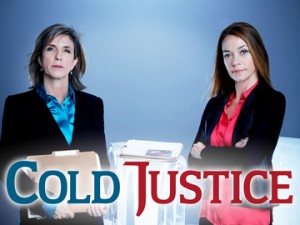 As I do every once in a while, I’m detouring from my usual writing about costumed heroes. Heroism is important to me, and I like to try and both acknowledge and encourage it when I can. Some might think this one is a bit of a stretch, but bear with me.

Dick Wolf certainly doesn’t need more money at this point. The man behind the various “Law and Order” shows is doing quite well for himself. He’s also got a novel out, the first of a series we’re told, and it’s doing reasonably well (The Intercept, it’s called). When he was toying with ideas for another show, he could certainly have just done “Law and Order” fill in the blank for a new city, word, or theme.

But he didn’t do that. His newest show is called “Cold Justice,” and it’s a different kind of thing. While it’s occasionally dramatic, it’s not a drama. It’s not fiction. The show actually travels around the country, digging into cold cases, and trying to resolve them. Really think about that a sec: a very powerful tv presence is putting his money behind a show that actually works on real crimes.

Because it’s not crime fiction, you don’t always get the “Hollywood ending.” They’ve had cases they were unable to solve, others they are fairly certain what happened, but they can’t take it to court. And I salute them for that. This is the real world, even if it’s televised. You don’t always find everything out.

I’m not naive or blindly idealistic. Yes, it’s a tv show, and, like all the others, it’s to make money. From what I hear, it’s actually doing quite well, ratings wise, and I’m sure is pouring more money into Dick Wolf’s coffers. But it’s also not the cheapest show to make when you think about it. The cast and crew travel around to various places, so there’s not reusable sets. From what I can tell, they are paying for additional lab tests, like DNA results, and further paying for the tests to be expedited. Money issue to one side, they are actually working towards justice in the real world.

I love that the power of tv is being used for something positive, instead of just mindless entertainment and selling whatever the commercials are pitching. I like that they aren’t just showing cases where they can say, “Oh, look, we solved it!” And I really like the cast.

The people working the cases are real people. They aren’t Hollywood models trying to sound like they know what they’re talking about. They are skilled professionals who manage to come across as likeable. The team consists of Kelly Singer, a prosecutor, and Yolanda McClary, a forensics specialist. Never seen in the commercials, but an important part of the show, is investigator Johnny Bonds.

It’s a show, I get it. And some might think I’m just going on about a show I happen to enjoy. I do enjoy it, I’m not denying that. But I think the concept is fantastic. Put the machinery of experts backed by a very rich man behind solving cases that are dead in the water. It’s an all too rare beneficial use of a hugely powerful medium.

Before someone starts wondering, I have NO connection to Cold Justice, Dick Wolf (aside from enjoying his shows and book), or TNT Network. I just think they are doing something new and different that should be recognized as such.