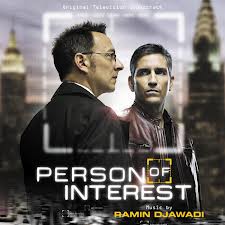 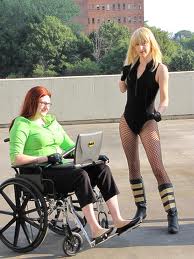 No, I’m not pushing for some kind of crossover or meet up between the two (although I think it would be fantastic), but I’ve been struck over and over by the similarities between these two things that I really enjoy, so I thought I would see if anyone else has noticed them.

For those who know only one or the other (or, I suppose, don’t know either, but I’m not sure why you’d be reading this in that case), some simple background on both.

As originally conceived, the Birds of Prey comic book was about two characters. Barbara Gordon, formerly Batgirl, had her spine damaged in a savage assault by the Joker. Rising to the challenge, even confined to a wheelchair, Barbara put her formidable mind to work and became Oracle, the world’s best hacker, tapping into information systems, manipulating records, finding out about all manner of trouble in the world.

But there’s only so much you can do from behind a keyboard, and Barbara was smart enough to know that. After looking into several candidates, she approached former Justice League member and second generation hero Black Canary. Canary was at a low point in her life. Her long time lover Green Arrow was dead, she was working by herself and being careless, barely making it through some cases. Oracle recruited her, and they became an incredible team, combining Canary’s phenomenal fighting skill and experience with Oracle’s knowledge and research, later expanding to more members. Canary didn’t know who Oracle was for a long time in their partnership, communicating by emails and voice over computers.

Sadly, all this has been retconned away, but it was a great idea for a very long time, created by Chuck Dixon, and later continued by Gail Simone.

Person of Interest is a show on CBS. On it, a computer genius who goes by Finch (played quite well by Michael Emerson) has designed a machine for the US government to predict terrorism plots. But, it can also predict smaller crimes, which the government wasn’t interested in. Finch was, and realized he needed to do something with the information. Himself partially physically disabled under still not explained circumstances, Finch recruits John Reese (Jim Caviezel), a former CIA hitman living on the streets after losing the love his life. Reese’s combat skills and Finch’s computer genius let them get to people in trouble and help them. The show is brilliantly written and acted, with some great additions to the cast over time. Oh, and one of Reese’s hobbies is trying to figure out who Finch really is.

See any similarities? I strongly recommend fans of the comic (pre-reboot only) to check out the show. Likewise, if you’re a fan of Person of Interest, find a comic shop, or go to Amazon, and order some of the early Birds of Prey, just not anything from 2011 or later. I really think if you like one, you’ll really enjoy both. 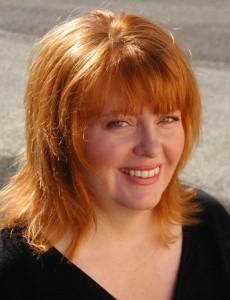 On November 30th, there was a rumor flying around about Gail Simone leaving Batgirl, her sole remaining title at DC Comics. Mrs. Simone is usually very good about responding to and interacting with her fans. Her entire response to the rumor seemed to be a single post on her own forum “I have not left Batgirl.” This was a relief to some fans, but the phrasing was cause for concern to others. Apparently, those of us who tend towards the pessimistic were right in this case.

It has been reported, and confirmed by Gail Simone herself, that she was not only fired from the book, but that it was done over e-mail. Apparently new editor Brian Cunningham didn’t feel that she rated so much as a phone call. Personally, I find this horrifically rude and disrespectful at best, and would not wish that kind of treatment on someone I didn’t like, let alone Gail, who has been a favorite of mine for years. From Gail herself:

“Okay, well, if you read the news on Bleeding Cool, I unfortunately have the sad duty to confirm that it’s true. As of Wednesday of last week, I was informed by an email from my new editor that I am no longer the writer of Batgirl.

I cannot express my disappointment at this. I think everyone is aware how important Barbara Gordon is to me, and how important it is to me that her stories be told with respect and care, both for the character and the readers.”

So, what happened with all this? Well, let’s see. Gail Simone is a critically acclaimed, award winning writer. I don’t love everything she did with the rebooted Batgirl, but I don’t think any of it was badly written. I think there’s plenty of that in the DC reboot, but Gail isn’t part of that problem. So I’d say quality wasn’t the problem. Sales? Nope, Batgirl under Gail was selling solidly, over 50,000 copies a month, which is a very respectable amount these days. So why would you fire a popular writer with a devoted following? Possibly another hint, this time from Twitter:

@gailsimone did you not put enough women in refrigerators or something?

@themikecnelson Funny you should say that.

For those who don’t know, “women in refrigerators” is a comic fan phrase referring to the deaths of female characters, for no apparent other reason than shock value. The phrase, coined by Gail herself, refers to a story early in the career of Green Lantern Kyle Rayner, who comes home to find his girlfriend brutally murdered and stuffed in a refrigerator by the villain Major Force. Kyle lost at least two other girlfriends, both superheroes, along the way, in needless death scenes.  Gail’s response there seems to hint that she was either told she wasn’t killing enough people, or was instructed to kill a female character and refused, or at least didn’t want to do it.

There are a lot of other theories popping up in the aftermath of all this. Some accuse DC Comics of becoming some kind of “old boys” club, with fewer and fewer female staff there. The news about Gail Simone comes uncomfortably close on the heels of the news that Karen Berger, who worked so many years for DC’s Vertigo imprint, had also left. Some have noted that female characters over-all don’t seem to be doing as well in the DCNU. One of the examples cited most often is that they found a way to shoehorn in all four male Robins in their revised timeline, but not only was Steph Brown the only female, left out of that group, she has not appeared in any DC title at all and has been apparently blacklisted by one of the higher ups at the company. Others mention the formerly overweight, tough as nails Amanda Waller becoming yet another pin-up model type in the reboot.

Personally, I noticed a trend in the DCNU that I hoped I was wrong about. Gail Simone was particularly noted for certain titles before the re-launch. She did a great job on Secret Six, a book about a band of third string villains who operated as mercenaries. They followed their own somewhat twisted ideals, and developed some real bonds with each other. The book sold reasonably well, reprint trade paperbacks hit the New York Times bestsellers list, and the title won awards for its portrayal of lesbian characters. Not only did the title not make the jump to the new universe, but it has been retconned away, retroactively erased from the DCNU.

Gail also had a very long run on Birds of Prey, a team founded by Oracle, the former Batgirl Barbara Gordon, and was identified strongly with that team. So much so that many mistakenly believe she created it, although that was actually Jordan K. Gorfinkle Chuck Dixon (another great writer now persona non grata at DC, but that’s another story). Gail was writing the Birds when the reboot was announced, and had the book taken from her, then given to someone who didn’t write comics. As that book and Batgirl unfolded, it became clear both that the previous Birds had never existed, and that Barbara was never Oracle. So, the two books Gail was best known for never happened. And now, she’s been fired from Batgirl, a character she loves, that fans associate with her, for reasons other than quality or sales.

Well, Gail isn’t male. She doesn’t write random violence and death with sex-pot females who serve as window dressing. She writes good stories with depth of character, respecting the history of the characters, and giving them complex motivations and personalities. In short, to many (no, not all) long term readers, she writes the opposite of what the new DC seems to be about. Is this why they took her off the last DC title she was writing?

It’s interesting: DC made the decisions along the way to erase the things Gail was best known for. And now, Gail herself is gone, for reasons so far not released. Of course, DC is a company, they are not accountable to the fans, and they don’t have to tell us anything. But in the absence of information, people make up theories and discuss rumors. I can’t say that anything I’ve mentioned here is why DC did anything and I wouldn’t presume to make myself an authority on their thinking, reasoning, or methods. What they’ve done fits what I’ve noted here. And you add in the oddness about Stephanie Brown, for example, and the general portrayal of female characters, and a pattern emerges. Gail writes real women. Look at the covers for any DC book, or several of their first issues in the reboot. The women wear as little as possible, take THAT off at random, and have sex because they are “bored.” That’s not a real woman, that’s the fantasy of a very immature man. Which is the stereotype of so many comic book fans. Some of whom are now writing and editing these very books. Hmmmm…….